When I first watched this drama, I was just happy to see Jung Ilwoo on screen. And what better character than an underdog Prince who becomes one of the greatest kings of Korea?

In the eyes of Cho Hong, the lowly Prince’s traveling companion: Who is this mysterious man? He had a naughty smile but he was handsome and charming. He was wealthy, but he seemed so careless about his fortunes. What impressed Cho Hong the most was the fact that this gentry man was treating her as a human being. She was so used to people looking down on her, or ignoring her own existence.

Later on, when she found out he was a Prince, she put the puzzles together. He was the famous Prince, whose mother was a Chunmin (commoner). He was an outcast among the nobles, and he didn’t belong with the commoners either. Maybe she can be his friend, and maybe… she will be able to comfort him.

I really liked his relationship with his younger brother Yi Hwon, Prince Yeonryeong. 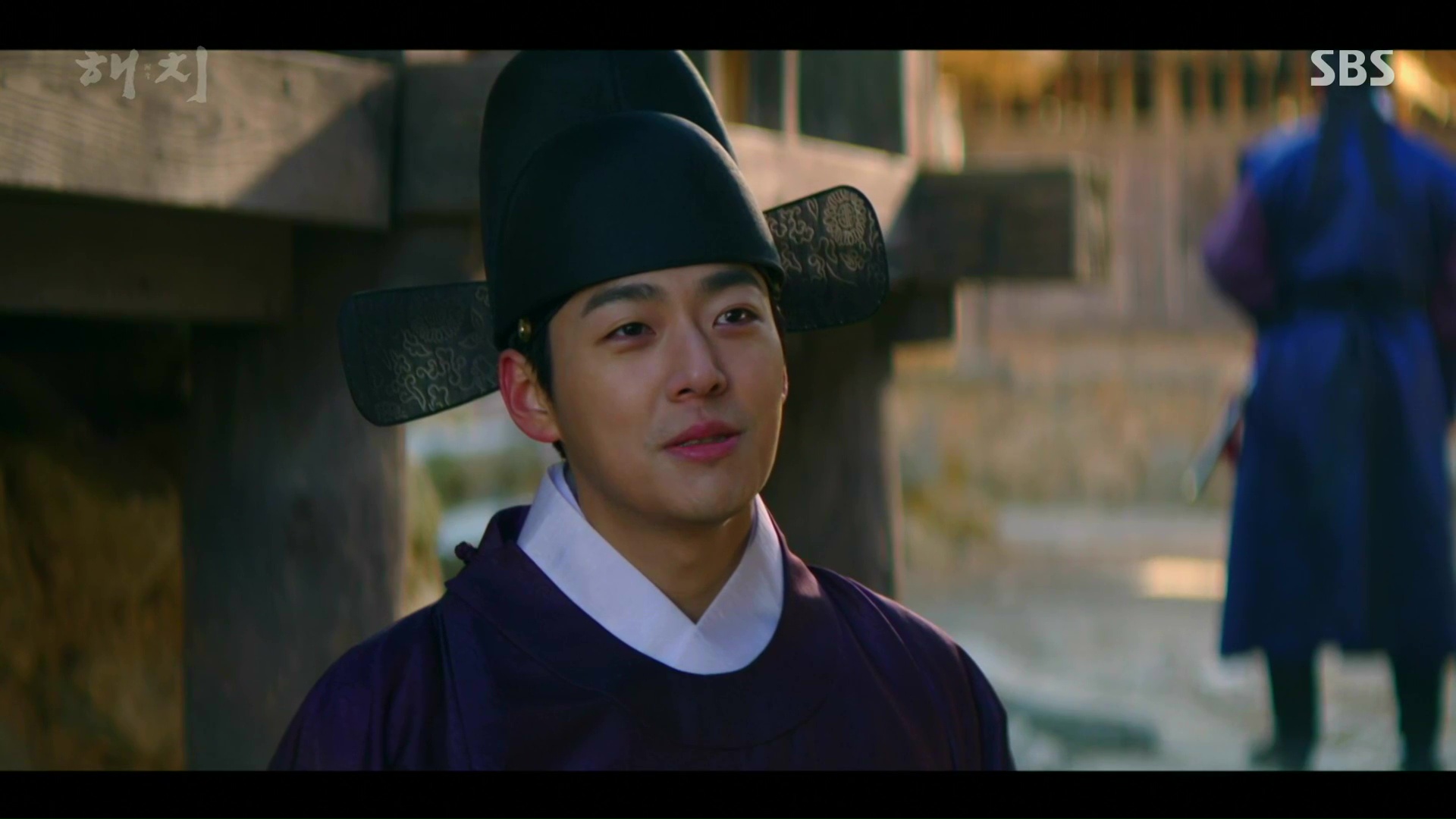 I took special notice at the fact that Hwon always spoke formally (respectfully) to his older brother, while Geum talked to the younger brother informally. This was significant for me because you are not allowed to speak informally to your superiors, especially among royalty. Among brothers though, the older can talk down to the younger.

The complicated thing was that these two Princes didn’t belong to the same class. According to Tan, Hwon was a real Prince while Geum was an outcast. This should have been shown in their interactions with each other. Instead, I saw Geum being very comfortable talking down to the “real” Prince Hwon, while the later spoke respectfully and affectionately to his Hyungnim (older brother). The affection was mutual though. Let the world scorn their brotherhood all they want! They seemed ready to fight and defend each other. 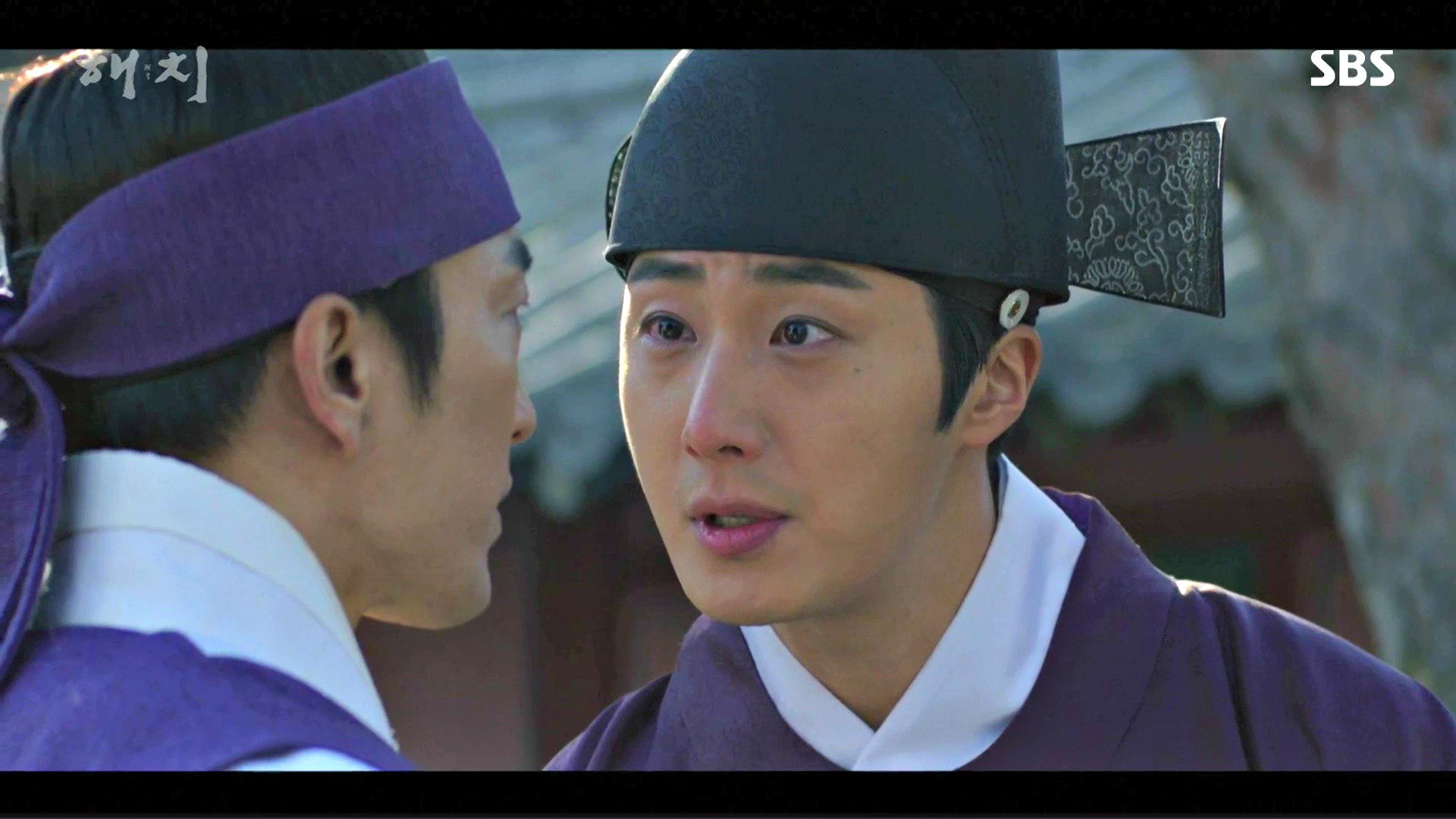 By the same token Geum, who was older than Tan, always talked informally to Tan. Tan also talked to Geum respectfully~ at first. But you can see Prince Milpoong was biting his tongue while calling him “Hyungnim.” Tan’s speech would change from formal to informal, to cursing and yelling at Geum.

Speaking of people looking down on Prince Yeoning. When the Soron leaders came running to have an urgent meeting with Prince Yeonryeong, no one paid attention to the Prince’s older brother, the royal outcast, who was silently standing there. Only Hwon acknowledged his presence, and felt his deep concern. And Geum nodded: “Don’t mind me. Go ahead.”

Something must have cracked then. Geum looked up at the sky, at the change of direction in the air. Prince Milpoong was getting closer to the throne. This meant that his dear brother Hwon may lose this race to the throne; and if the mad Prince wins: Hwon will surely die. Geum had lived all his life outside of politics and staying low profile. He felt he was nobody, with no goal in life. But seeing the one person he cares be in danger, he decides to do something… Thus, he goes to the hunting tournament. “To catch the crazy bastard.”

Jadong, Geum’s faithful servant, noticed this change in his Prince. He asked why he was doing that, and he knew… because of Prince Yeonrgyeong. He also knew that no matter what the reasons are, it was a dangerous change.

Let me go off at a tangent and write a little TRIVIA. Jung Ilwoo played the character of Prince Yangmyung in THE MOON EMBRACING THE SUN. He was the illegitimate son of the late king and older half brother to the present King, “Yi Hwon” (played by Kim Soohyun). Their relationship was similar to Yi Geum and Yi Hwon’s in HAECHI, they both loved and respected each other (except that they loved the same woman, that is).

How did they spoke to each other? Prince Yangmyung spoke formally to the King. Of course! And the King? He too spoke respectfully to his older brother.

This made me wonder. If things happened the way Yi Geum wanted, and Yi Hwon became king. Would Geum change to formal way of speech? I most definitely think so. So my ranting didn’t go anywhere. LOL!

King Hwon with Prince Yangmyung in Moon Embracing the Sun: 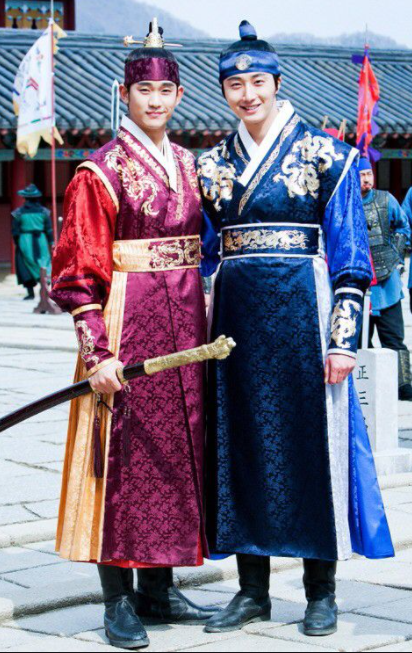 You can watch DONG YI, a 2010 k-drama about Prince Yeoning’s parents: https://en.wikipedia.org/wiki/Dong_Yi_(TV_series)